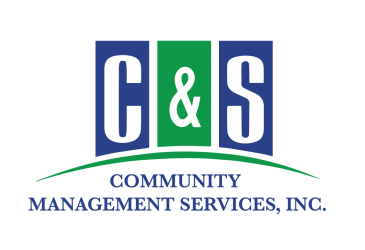 Merry Christmas, Happy Hanukkah, Joyous Kwanza, and Happy Holidays to everyone from C&S! 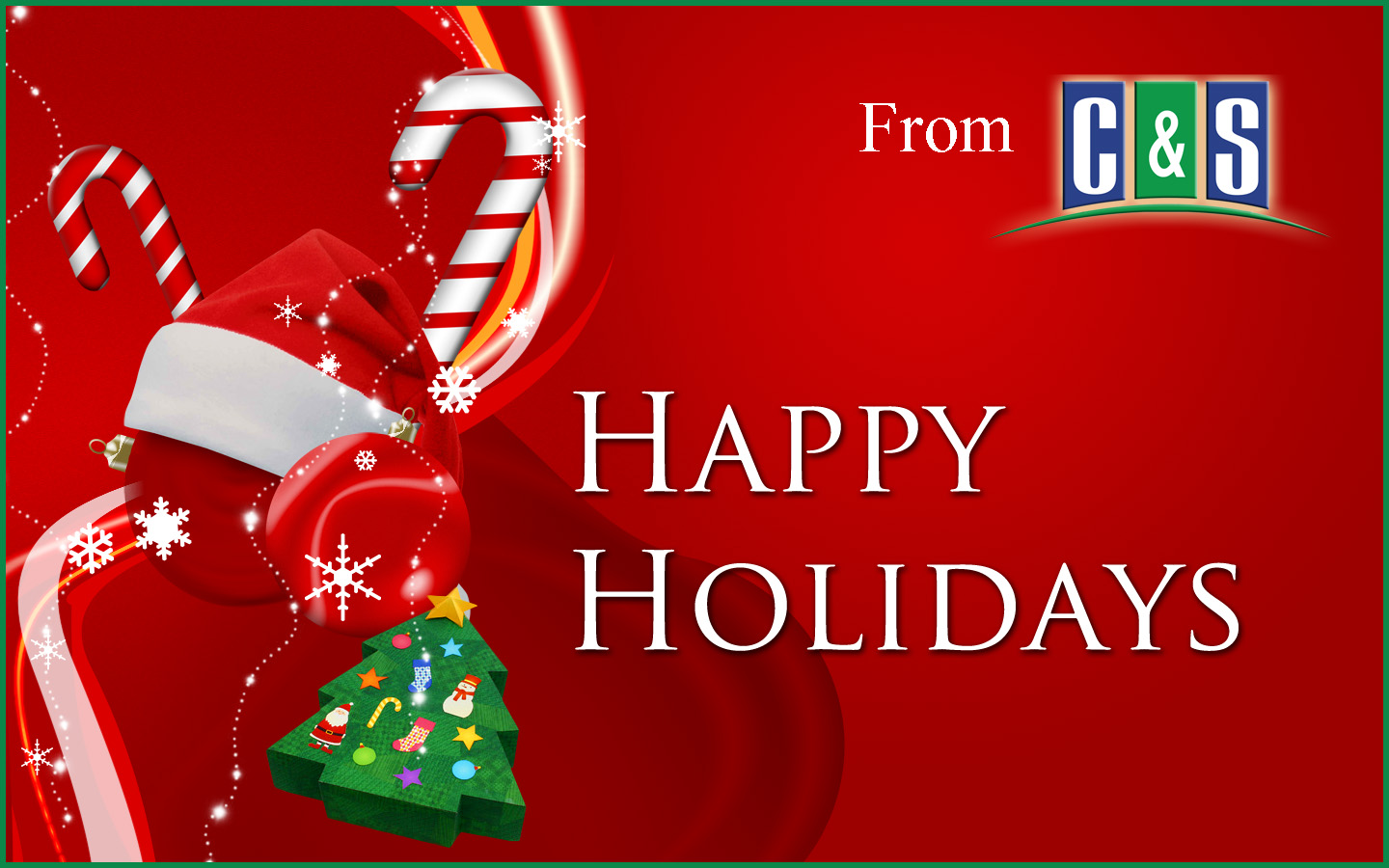 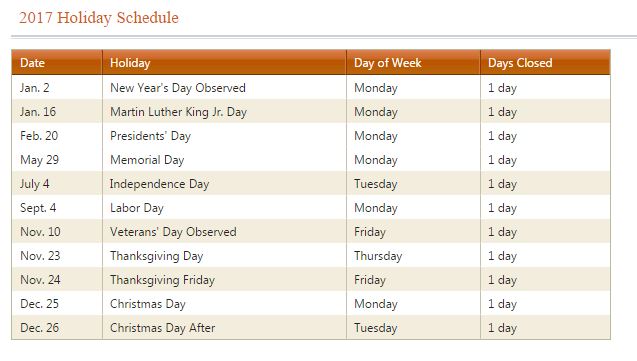 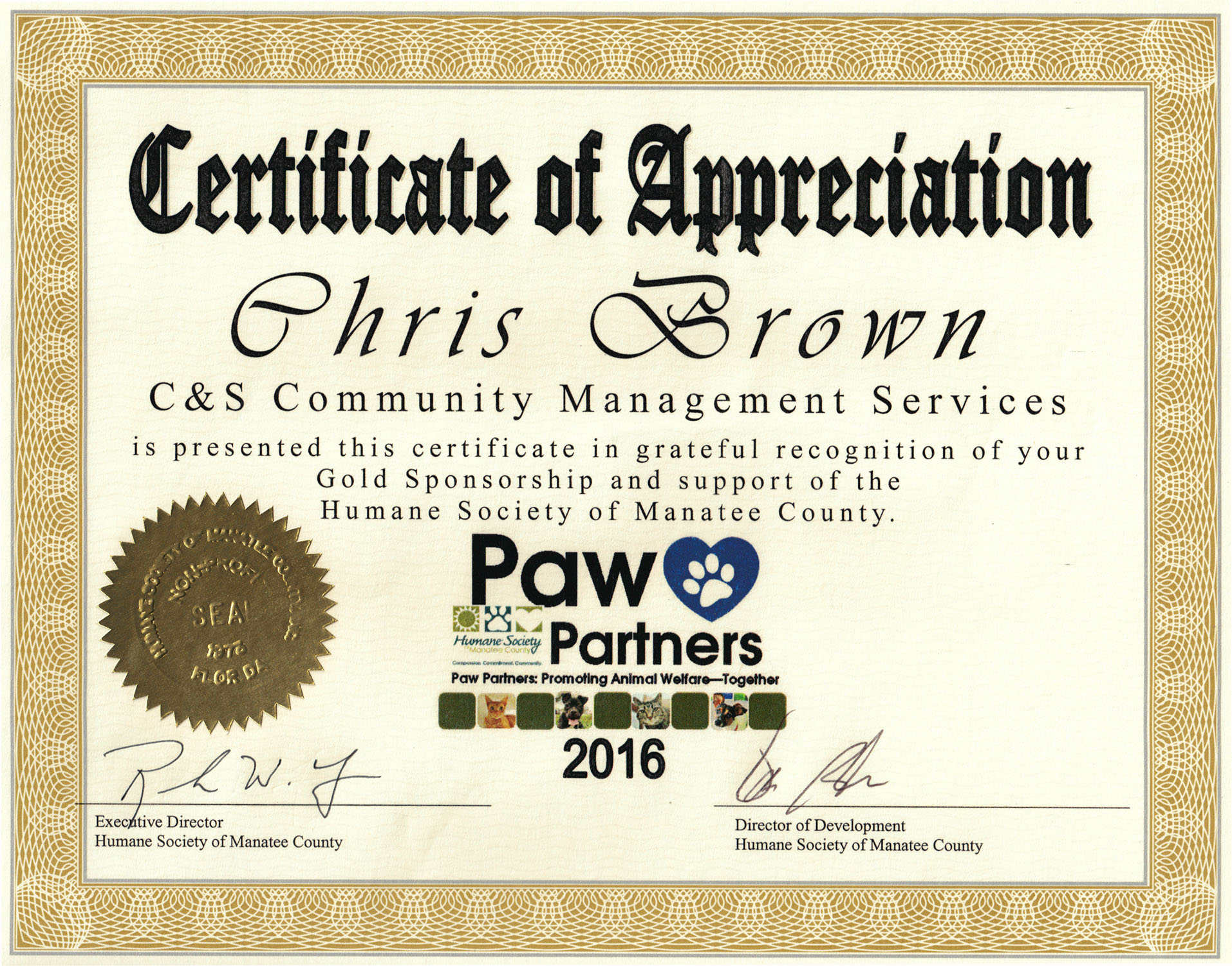 2017 Board Member Forum Coming in January 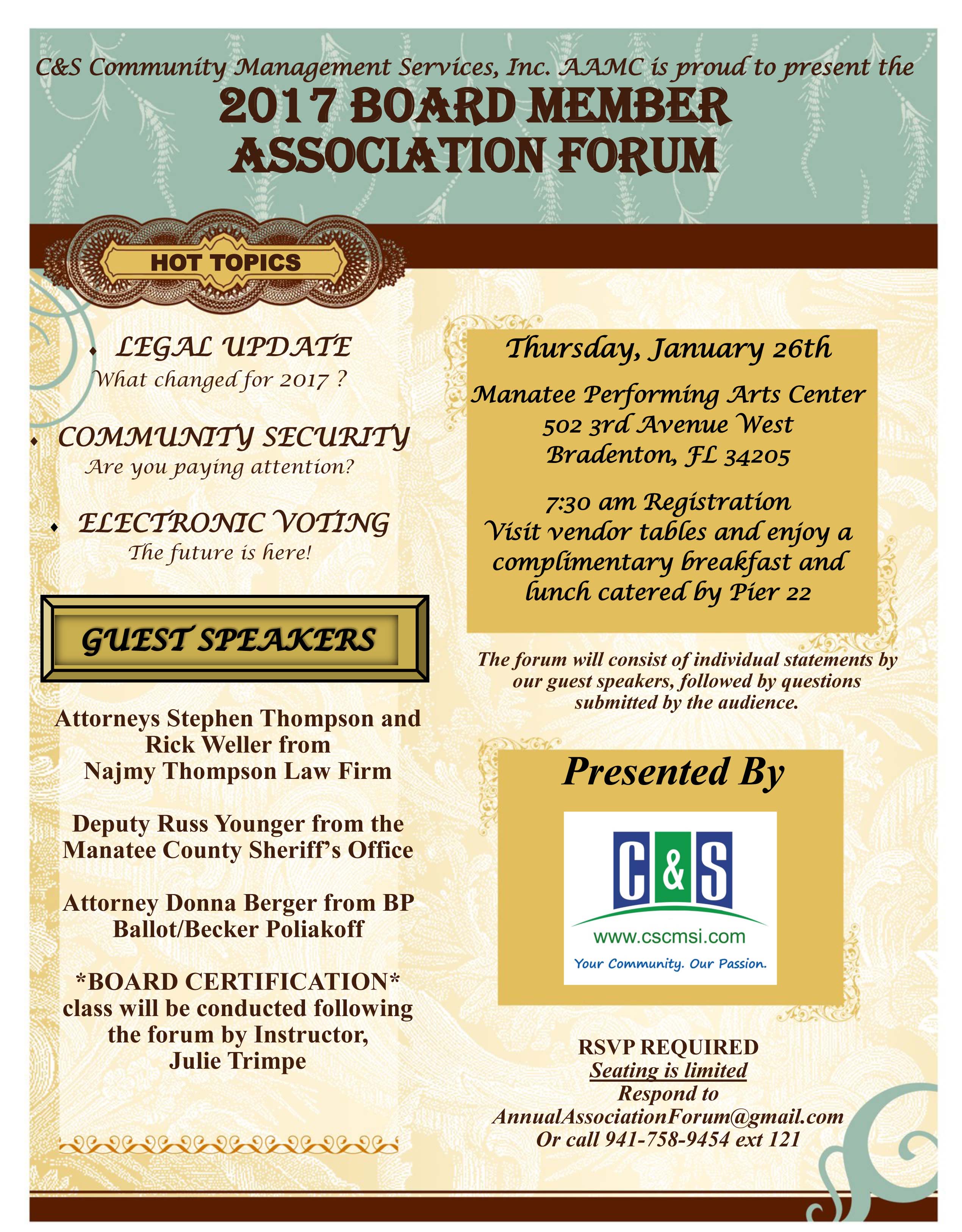 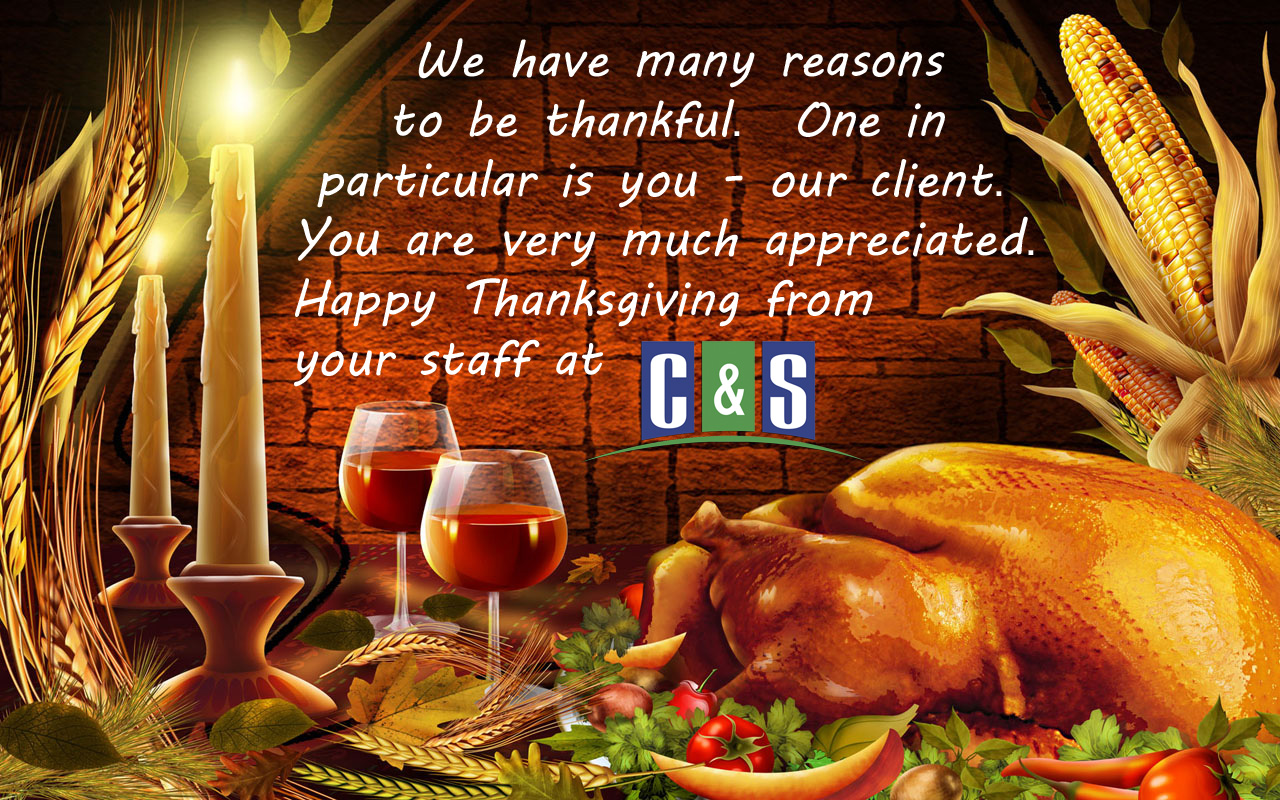 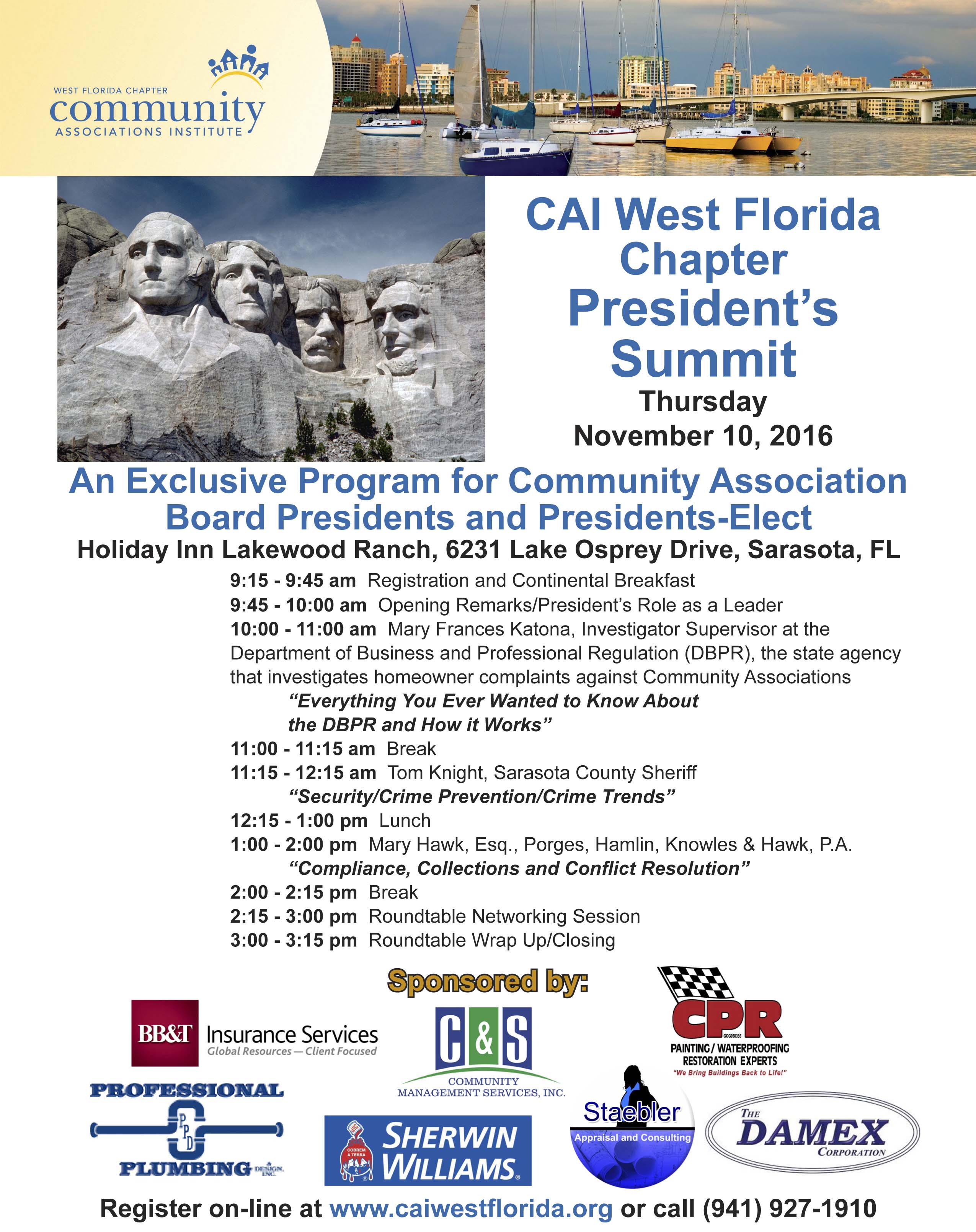 Voting ends December 15th. If you have not already voted for C&S in the Readers Choice Awards, there is still time. Just click here and then click on C&S Management from the list.  The names are in alphabetical order and we are the first "C" listed.    Please vote today and thank you for all your support! 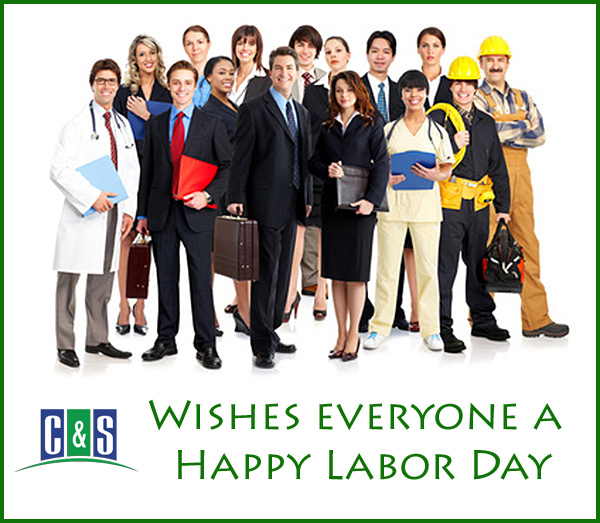 Tropical Storm Hermine continues to track north of our area of the state.  Although all C&S clients including our St. Petersburg clients, are no longer under any hurricane or tropical storm watch or warning, C&S continues to monitor Hermine closely.   Very heavy rains are still expected this afternoon and this evening.

During the summer months, lightning, floods, tornadoes and wildfires are just a few of the dangers that distress our beautiful state. I want to remind businesses, licensees and consumers of the importance of preparing for Florida’s weather. Having an emergency evacuation route planned and stocking up on supplies are just a couple of ways to prepare for this severe weather season. It’s important to remember that even after doing all of the necessary preparations, Mother Nature can still wreak havoc on your home or business.

If you do find yourself on the short end of a severe storm, be sure to hire only licensed professionals to make repairs to your home or business. Unfortunately, it’s common for unlicensed individuals to take advantage of homeowners following a natural disaster. Our goal at DBPR is to make it easier for you to make good decisions for your family when selecting a construction contractor to make repairs to your damaged home or business.

The best way to avoid falling victim to unlicensed activity scams is to always verify state professional licenses with DBPR. Consumers can verify professional licenses by name or license number online at www.myfloridalicense.com, by calling the DBPR Customer Contact Center at (850) 487-1395 or by downloading the free DBPR Mobile app through the iTunes or Google Play app stores. Complaints of unlicensed activity can be reported to the department through the Unlicensed Activity Hotline by calling (866) 532-1440.

The clean-up process after a storm hits can be overwhelming. Protecting your home or business from unlicensed individuals is one of the best ways to provide an extra layer of security for you and your family following a natural disaster. 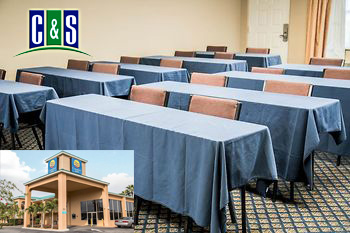 C&S is presenting a Board Certification class for board members of our client communities on August 3, at 6:30 PM at the Comfort Inn located at the intersection of I-75 and Highway 64.  New board members are required by Statute to become certified within 90 days of being elected or appointed to the board.

Class materials will be provided and seating is limited so we must know in advance that you wish to attend.  Please call Janet Fernandez at 941-758-9454 ext. 121.  C&S provides the Board Certification Class several times a year for our clients.   Our annual Board Member Forum is in February of each year and is open to all communities.  There is no charge to attend any C&S event.

Individual projected rate impacts for all three recent legal changes include the following:

* A 2.2 percent projected rate increase for the June 9th Florida Supreme Court decision in the case of Westphal v. City of St. Petersburg, in which the Florida Supreme Court found the 104-week statutory limitation on temporary total disability benefits in Section 440.15(2)(a), Florida Statutes, unconstitutional because it causes a statutory gap in benefits in violation of an injured worker’s constitutional right of access to courts. The Supreme Court reinstated the 260-week limitation in effect prior to the 1994 law change.

* A 15 percent projected rate increase for the April 28th Florida Supreme Court decision in the case of Castellanos v. Next Door Company, which  found the mandatory attorney fee schedule in Section 440.34, Florida Statutes, unconstitutional as a violation of due process under both the Florida and United States Constitutions.

OIR has scheduled a public rate hearing for August 16, 2016 at 9:00 a.m. to give NCCI an opportunity to discuss the filing and interested parties and other stakeholders the ability to provide testimony or comments. The hearing will be held in the Jim King Committee Room, 401 Senate Office Building, 404 South Monroe Street, Tallahassee, Florida. A media advisory with more details will be released at a later date.

NCCI is a licensed rating organization authorized to make rate filings on behalf of workers’ compensation insurance companies in Florida. The Florida Office of Insurance Regulation has primary responsibility for regulation, compliance and enforcement of statutes related to the business of insurance and the monitoring of industry markets. 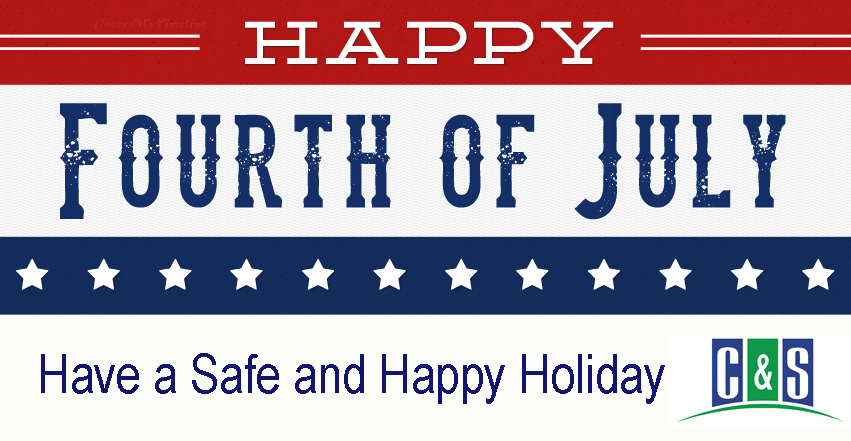 Summers in Florida can get hot! During the summer months, many Floridians look to hire contractors to add to or restore their swimming pools. As May is National Water Safety Month, I want to remind Florida residents of the importance of hiring only licensed pool contractors.

DBPR’s Construction Industry Licensing Board is responsible for licensing and regulating contractors throughout the state of Florida. As you prepare for the summer months ahead, it is important to understand when a license is required for a pool service. Essentially, any time an individual is hired and installs or takes apart equipment that is attached to or used for cleaning or water treatment, a license is required. Pool cleaning and basic water treatments do not require a DBPR license.

If you are looking to hire a pool contractor this summer, it is imperative to use good judgment before signing a contract. A few simple rules to follow to avoid contracting scams include requesting multiple references, verifying prospective licenses, checking references and getting everything in writing (i.e. completion date, total cost, description of repair work). Licenses can be verified by visiting www.myfloridalicense.com, calling (850) 487-1395 or downloading the free DBPR Mobile app available in the iTunes and Google Play app stores.

Swimming pools and spas are places where families and friends spend time together to cool off from the summer heat. Enjoy your time by the pool and feel confident jumping into summer knowing you hired a licensed pool contractor!

Music festival? Food festival? Beer festival? Why not all three?! Pickin' Picnic combines everything into one big, family-friendly celebration. Grab your lawn chairs and blankets and enjoy your favorite craft beers, food trucks, and local bands. The best part? Admission is FREE!

It's all happening Saturday, May 7, 2016, at the Bradenton Riverwalk Pavilion.  Come visit with C&S at the C&S tent!

C&S is presenting a Board Certification class for board members of their client communities on May 3, at 6:30 PM at the Comfort Inn located at the intersection of I-75 and Highway 64.  New board members are required by Statute to become certified within 90 days of being elected or appointed to the board.

Class materials will be provided and seating is limited so we must know in advance that you wish to attend.  Please call Janet Fernandez at 941-758-9454 ext. 121.  C&S provides the Board Certification Class several times a year for our clients.   Our annual Board Member Forum is in February of each year and is open to all communities.  There is no charge to attend any C&S event.

The C&S staff sincerely thanks our clients for all your support and taking time to vote for C&S. 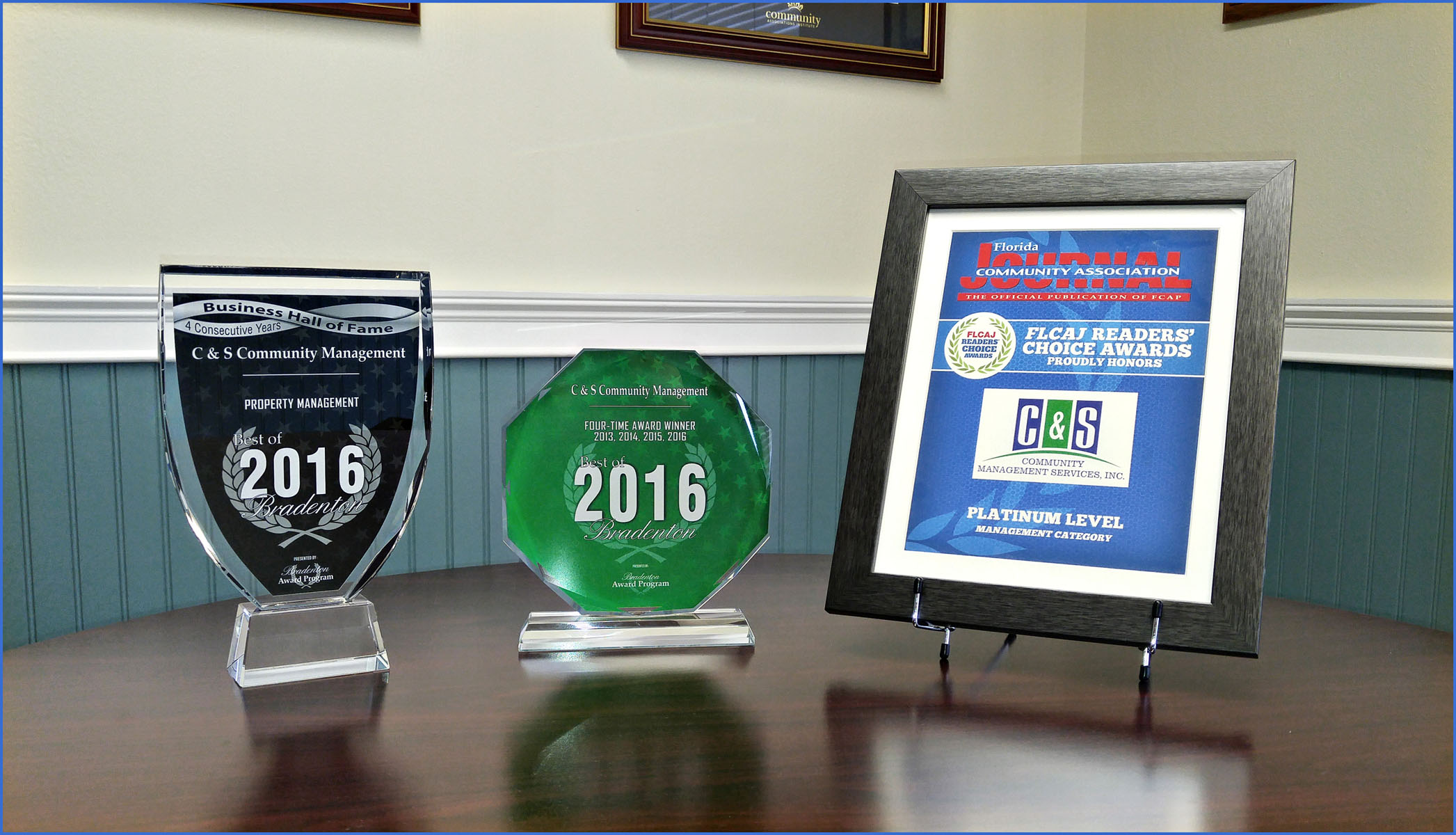